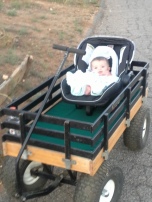 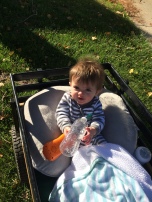 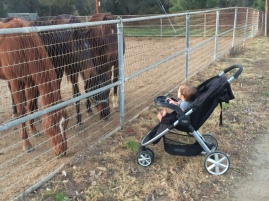 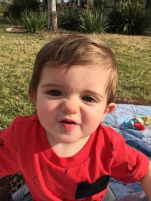 Curren was born several weeks premature and after spending 3 weeks in the NICU, he was able to come home. At the very beginning it was obvious he was going to be an outside person. Curren loved to spend every minute outside, going on walks, helping his G-pa with his chores, or spending the day with mom and dad at the Wild Animal Park.

He had an ornery streak (just enough to make it fun) ,a twinkle in his eye, and was never a baby who cried. Always watching and learning, he could figure out a child gate in about a day. On the day he learned to crawl, he was on the move and never stopped.

As he got older he was always trying to get to the barn. When he could crawl he would try and crawl to the barn, and once he could walk, the barn was where he was headed. He would look up at you smile and give out a big MOO. He would have spent hours at the barn with his cows if you let him. (To him everything was a cow and would MOO, the lamas at Bates Brothers Nut Farm, and the horses from down the street.)

In July of 2016 we went to the county fair. I will always remember the look on his face the first time he saw a steer show. The endless smile, clapping of hands, and pointing at all the Moos (steers) in the ring. He could not have been any happier. I could not wait for him to be 9 years old, so he could raise his first calf in 4H.

Just a few weeks later, on July 24th 2016, without warning he was taken from us.

His memorial service was held at Bates Nut Farm. There was well over 300 people in attendance, family, friends and community members. For someone who was only here for such a short period of time it was obvious he had touched so many. 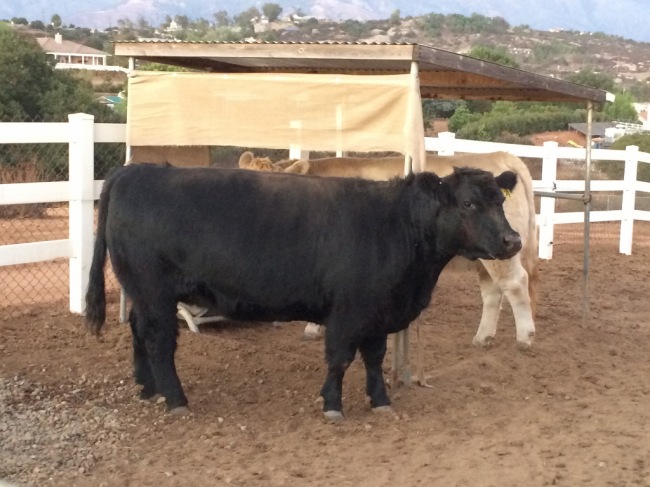